It’s not every day when I am able to sit down with an eight-time grand champion of the American Royal BBQ Cookoff in Kansas City. A while back, I had the pleasure of speaking with Chris Marks, chief cook of the Three Little Pigs  barbecue team, while he was visiting Bloomington.

Marks was in town to offer support to our favorite hometown barbecue joint,Short Stop Food Mart, and to give cooking demonstrations and share recipes. He also brought along some things Hoosiers wouldn’t see unless they’re traveling, such as alligator.

Marks also is the winner of more than 40 national barbecue competitions, including at the Jack Daniels World Sauce Championship.

The Kansas City native was introduced to barbecue at a young age by his father Larry — known as “Boss Hawg” – who created the Three Little Pigs team. “He was a great backyard barbecuer,” he recalled.

It all began when his father received a smoker as a present after retiring from Hallmark in 1991. Soon, Larry entered a local contest and won his first ribbon. The family incorporated the team the following year.

The Marks’ are friends with the “Baron of Barbecue,” Paul Kirk, and after Larry took one of his classes about smoking, the family never went back to grilling.

The younger Marks got his first taste of victory in 1993 in McLouth, Kan., beating out about 35 teams. “The excitement nearly caused my Dad to have a heart attack,” he remembered.

But competition barbecue is different today, Marks noted. Back then, there were no consistent standards and specifications for the judges to follow. Judging was more subjective and based more on personal preferences about tastes.“There was no judging training back then,” he said. “You better know how to cook well, because the judges just came off the streets. If they didn’t like it, you were toast.

“It would be interesting to see how the some of the teams that are doing well now would have done back 10 years ago.”

You may also have seen Marks on television programs such as “Taste of America” on the Food Network and “BBQ Battle” on the Travel Channel. He is fond of those largely unscripted shows which really showed how barbecue is done. “It was just smoke, no mirrors,” he added. “And it was an absolute ball.”

More recently, he’s observed that producers of some barbecue-themed shows are more into perpetuating stereotypes than really showing how it’s done. Shortly before we spoke, Marks had been in discussions with a network but was dropped from the project because he and others “weren’t Bubba enough.”

“We weren’t what they were looking for and they ended up putting on a guy on who cooked on a half-drum with overalls and beard and he flipped ribs,” he told me. “It about the perception out there.”

Today, Marks doesn’t compete very often. He is the face and chief consultant of Good One Manufacturing brand of smokers and grills – which has more than 75 dealers around the country — and also sells natural lump charcoal, rubs and sauces. He travels with his wife around the country teaches at more than 60 BBQ Boot Camps last year.

The recipes for Three Little Pigs’ rubs were developed by his parents and the sauces were created as tribute to his father. Rather than one rub for all kinds of meats, his gluten-free rubs are separately designed for beef, pork and poultry.

They sell three different sauces.“It started out as my hobby and I turned it into a job,” Marks said. “I love what I am doing and I love teaching.”

Much of what is written about barbecue focuses on particular states and regions, such as the Carolina’s, the Deep South, Texas, Memphis and Marks’ home town of Kansas City. But with the growing popularity of barbecue nationwide, Marks has seen it migrating to new places where new regional flavors have been added.

For example, out West, in Arizona and California, he’s seen the pit flavors, but instead of tomato and vinegar-based sauces, people are using marmalade’s and other fruit glazes.

“You build a great flavor profile and then you put on it what you like,” he said. “It’s about the person. That’s what I teach and that’s what I want people to understand … You’ve got to develop your own style, you’ve got to make it personal.”

Marks is a purest. He prefers natural woods and charcoals over gas and wood pellets. He also understands why people in other regions may knock anything non-traditional.

“It all about adapting,” he said. “The great thing about Kansas City is we do all styles. We do them all and we really don’t care. Some other places, I tell you, they won’t budge but it’s their loss.”

This site uses Akismet to reduce spam. Learn how your comment data is processed. 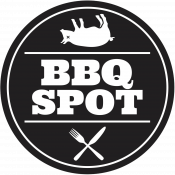